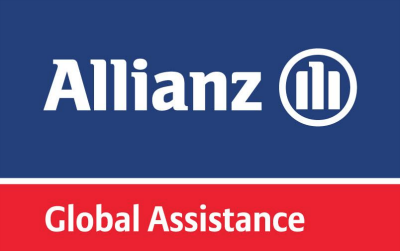 Seventy percent of Americans will study at a 4-year college, but fewer than two-thirds of those students will graduate, according to Collegiate Atlas. With the sizable number of students who will make the difficult decision to take time off from school, families and students need to plan for a worst-case scenario and protect their tuition investment. Whether they have saved over the years to pay their tuition or taken out college loans, no one wants to experience financial losses when they can protect against it.

Daniel Durazo, director of communications for Allianz, was pleased most financial advisors recommended tuition insurance, especially for incoming freshmen. “The fact that they encourage tuition insurance is a confirmation of what we’ve been saying to families, students and financial advisors at colleges and universities: Unexpected things happen, and you really should insure college tuition like you would insure your house, car and other big investments.

“College and universities can help families navigate their concerns about tuition investment. By partnering with Allianz, they can help provide students and families with peace of mind,” said Durazo.

Bill Pratt, an associate professor of business at Piedmont Virginia Community College who teaches personal finance courses, sounds similar notes. “If you’re going to college for a semester, and you’re spending $8,000, $10,000, $25,000, you’re insuring the same amount of money as a car,” he says. “Even if you could cover the cost, do you want to face a potential loss? It just makes sense to look at the math.”

According to the Allianz Tuition Insurance College Confidence Index, which surveyed a total of 2,000 college students and their families, 55 percent of prospective students and 49 percent of current students say they’re not very confident that they will finish college without needing to temporarily withdraw, a decision that could result in an average financial loss of about $11,000 and, in some cases, upward of $25,000.

From a college or university’s perspective, offering tuition insurance makes sense so they can help their students position themselves to return when ready, Pratt says. “Do you really want to be hounding a student to repay financial aid who had to withdraw for health reasons?” he says. “Those who don’t complete their degree are going to be less likely to pay, and if the reason they had to withdraw is medical, they may not be prepared for employment in the same way as if they had completed their degree.  This way, the student can move on with their life, and Allianz can help the college simplify the reimbursement process. Allianz says, ‘We’ll partner with you to give your students and families a stress-free way of protecting their tuition dollars.  You focus on what you do best, which is providing an education.’”

Students cannot look into the future and find out their odds of withdrawing from school. However, the Allianz Tuition Insurance College Confidence Index shows many students wish they had a crystal ball. The odds increase when the students take more than four years to complete their degree, which is becoming increasingly common.

“Most students don’t finish in four years,” Pratt says. “Financial loss due to withdrawal is one of the reasons students aren’t able to re-enroll in college and complete their programs. And if you’re having severe medical issues, you shouldn’t have to decide between, ‘Should I finish my semester because I’ve already paid?’ or, ‘Should I go home and take care of myself?’”

Pratt particularly recommends tuition insurance for anyone borrowing significant amounts of money relative to their savings. “Students should be thinking about the potential consequences of not finishing their degree. For example, not finishing could impact your earnings, which could then impact the ability to pay loans’” he says. “It’s one thing to not complete your degree, it’s another thing to repay your loans for 20 years. Even if you’re not borrowing the money because you had the cash saved doesn’t mean you can easily replace it if something happens.”

According to a 2016 Sallie Mae national survey, two-out-of-five families create a plan to pay for college, be it through scholarships, savings or student borrowing. However, too few consider buying tuition insurance to protect their investment against the unexpected – physical health issues, stress, family emergencies, mental health conditions and much more that might prompt a student to withdraw from college. Colleges and universities can help students and their families reduce their potential financial loss due to withdrawals by partnering with Allianz Global Assistance and GradGuard and providing this opportunity to use tuition insurance.