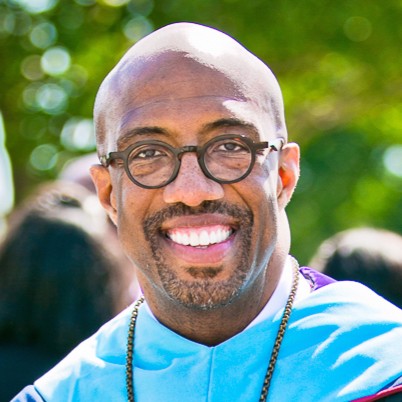 We no longer have the luxury of romanticizing who's coming to college and what their needs are.

Helped the college become a federally designated work college, allowing students to work part-time as part of the curriculum.

"We were down. We were 18 months to two years from closing," said Michael Sorrell, recounting the state of the Dallas-based historically black college when he took the helm in 2007. "And in that situation, we had to make some tough decisions centered around who do we want to be and who can we be."

The college was struggling with retention and, in 2009, it narrowly avoided losing accreditation. Most critically, Sorrell said, "We had to tackle a culture of mediocrity." So he turned the football field into an organic farm, received a $1 million donation to rid the campus of more than a dozen abandoned buildings, changed the liberal arts curriculum to one with a career focus and eventually required students to work part-time jobs as part of their studies.

The story of Paul Quinn's revival from a struggling liberal arts institution to a thriving urban work college has a bearing on colleges across the country as their leaders get creative to compensate for fewer state funds, wavering enrollment and a weariness of tuition increases.

"Inertia makes things hard," Sorrell said. "The argument that 'We've always done it this way,' or, 'Well, it’s been good enough for years' — you have to know that good enough is never good enough and to challenge the idea of sufficiency."

Sorrell's efforts to do so have earned him kudos in his own right. Fortune magazine this year named him one of the "World's 50 Greatest Leaders." (Only one other college president made the list.) And the editors of Paul Quinn's hometown newspaper, the Dallas Morning News, wrote in April that the college "has become a model for urban higher education done right," adding that they "fully expect [Sorrell] will succeed."

But inertia has a way of pulling even the most well-calculated aims back to earth. Although the college raised retention rates and attracted more students, its six-year graduation rate hovers around 20%. And it can't grow the size of its incoming classes until more resources such as housing, dining and other amenities are available near campus, the Morning News reported.

It's a reminder that Paul Quinn's students face a unique set of challenges. Most qualify for Pell Grants and have zero expected family contributions to their tuition. "They are dealing with the trauma of poverty," Sorrell said.

"You have to know that good enough is never good enough and to challenge the idea of sufficiency."

To keep students on track to graduation and in a safe environment, they attend year-round for the first two years. Yet many can't forgo income, which is part of the reason for the shift to the work college model. If students need to work, he argued, the college can help ensure work doesn't detract from their academic experience.

In Sorrell, Paul Quinn students have a leader who understands that not all paths — even within higher education — are the same.

"We no longer have the luxury of romanticizing who's coming to college and what their needs are," he said. "It just so happens the students we serve are looking more and more like the students who are coming to everybody else's college."

Sorrell hopes to replicate the urban work college model elsewhere, starting in Plano, where he expects it will benefit from a strong business environment with employers such as Liberty Mutual and FedEx. The decision earned the college a $1 million grant from the nonprofit Strada Education Network, which aims to connect education and employment.

"When we sat down and began processing all of this," he said, "it was with the mindset to replicate it because we were acutely aware that people would want to say 'It only works there.' And we knew better."

View all | Post a press release
Notre Dame’s Mendoza College of Business Launches a New Online Certificate to Teach Value-Driv…
From iDesign
Gale Digital Scholar Lab Innovates with New Interface and Enhanced Analysis Tools to Better Su…
From Gale, part of Cengage Group
Roseman University of Health Sciences taps Anthology for critical student, finance and workfor…
From Anthology
Test Prep Expert Blueprint Launches Revamped Cram Fighter Study Planner for Medical School Stu…
From Blueprint
Editors' picks
Latest in Higher Ed
© 2022 Industry Dive. All rights reserved. | View our other publications | Privacy policy | Terms of use | Take down policy.
We use cookies to optimize your experience on our website and for analytics and advertising purposes. By continuing to use our site, you agree to our cookie policy. Learn more
Accept