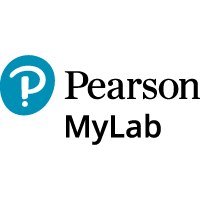 Think back to your time learning a second language. What is the first memory that comes to mind? How did it make you feel? Your experience is most likely very different than that of your colleagues, acquaintances, or family members.

We asked world languages textbook authors and faculty to answer the same questions in this video and their answers were just as varied:

“My first memory of learning another language was growing up in Florida.” —  Susan Bacon, Author & Professor Emerita, University of Connecticut

“I learned Latin when I was in sixth grade, and we got to wear togas and have parties. And, it was a really, really fun class to take.” — Rebecca Cottrell, Spanish Instructor, Metropolitan State University Denver

Demand for language skills on the rise

It’s not just authors and faculty who recognize the importance of learning a second language. Whether it’s in the boardroom, on a computer screen, in a conference call, or across the field of their work, U.S. employees are more likely than ever to be interacting in a language other than English.

A survey conducted by Ipsos Public Affairs for the American Council on the Teaching of Foreign Languages (ACTFL), found that nine out of 10 U.S. employers report a reliance on U.S.-based employees with language skills other than English, and a third of those state they have a high dependency on bilingual employees. Moreover, demand is on a sustained rise, with a majority of employers reporting their need for foreign languages has increased over the past five years and projecting it will continue to grow.

A 2018 national survey of small businesses found hiring for bilinguals to be a leading trend.  That there is a strong and growing demand for language skills in the U.S. marketplace shouldn’t come as a surprise. Yet, many Americans hold on to outdated and misguided notions that languages are “nice to have,” essential only to a few select careers, or diminished in importance where English is perceived as the lingua franca of business that everyone speaks.

Need for language skills will continue

The assertion that English is the most widely used global language of business may be true, but American employers cannot assume that they can rely on the English abilities of their customers, suppliers, and partners. Almost one in four employers surveyed acknowledge losing or being unable to pursue a business opportunity over the singular lack of language skills.¹ That figure increases to 51% for those who say they have a language skills gap.

With the outlook pointing to a strong and continued demand for language skills that cuts across industries and functions, U.S. employers must be proactive in articulating the need for equipping the pipeline of future workers appropriately. To secure their bottom line, they should also work collaboratively with education and government stakeholders to ensure more is done to prepare today’s students with the linguistic and cultural skills required to compete in the global economy.

Pearson is pleased to support the work that ACTFL is doing to quantify the demand for multilingual employees in the United States and raise awareness of the importance of foreign language education, which ultimately helps learners actualize on their goal of acquiring a second language, whether it be for business or pleasure. Students are increasingly focused on how their studies relate to employability, and the results of this survey unequivocally demonstrate the value of language education to the U.S. economy. To learn more, read the press release.