This year hasn’t had 2021’s high-profile announcements, but trends say colleges are likely avoiding coal, oil and gas — whether they trumpet it or not.

When Harvard University announced last fall that it would be divesting its endowment from the fossil fuel industry, it was part of a deluge.

Roughly 20 colleges and universities announced last year that they would be divesting their endowments from the fossil fuel industry, according to a list maintained by environmental groups. Those included the California State University System, Dartmouth College, Amherst College and the University of Michigan.

This year, that momentum appeared to have slowed slightly — at least before a surprise legislative breakthrough this month upended conditions by clearing the path for a federal climate bill. Market changes might mean that colleges are more reluctant to go “fossil free” in the short term, experts say. But the general pressures to divest are not likely to go anywhere, and they may be getting stronger.

One factor currently impacting willingness to divest is the stock market. When the market is high, colleges may find it easier to divest, said Christopher Marsicano, assistant professor of educational studies and public policy at Davidson College. That’s not only because colleges can get a better return on fossil fuel stocks if they sell when the market is high, but because it may be easier to get buy-in from constituents, such as alumni.

In other words, the high stock market in 2021 likely contributed to the flood of divestment announcements.

“It’s really easy in good financial years to announce big changes to your endowment portfolio,” Marsicano said. “When your endowment value has increased at a high rate, you can divest and even if you have a loss in some areas, the growth of the market will offset that loss, such that it becomes easier to sell to your alumni or people who are concerned about it.”

Fears of a recession and the growing demand for fuel may in turn disincentivize institutions from divesting, especially those with above-average investments in fossil fuels, said CJ Ryan, associate professor at the University of Louisville's law school.

“I would predict that those universities that are on the fence about divestment may stay there to ride out the present inflationary curve and the (very likely) coming recession,” he said via email.

Some institutions may have already chosen to divest but are keeping that fact close to the chest to avoid political confrontation, Marsicano said. As sustainable investing has grown, there has been a conservative backlash against it. West Virginia and Texas, for example, have passed laws restricting state agencies from doing business with financial firms that have pledged to divest from fossil fuels. University donors may react negatively to divestment, especially at institutions in states with large energy sectors.

Financial managers often aren't interested in engaging in hot-button political issues, Marsicano said. If they want to, they can divest quietly, without drawing attention to themselves.

“It’s a relatively easy thing to do over time without an announcement." Marsicano said. "We just don’t actually know how many schools have actually divested.”

But the pressure to divest is probably not going away for colleges and universities. For one thing, student enthusiasm and activism seems unlikely to subside. And campaigns are now armed with a growing body of data to show that divestment is a safe, fiduciary choice.

Amy Gray, senior climate finance strategist at Stand.earth, a nonprofit advocating for divestment, said that campaigns are increasingly making use of financial data and studies, because they’ve learned that’s what money managers and decision-makers will respond to.

A 2020 study Ryan and Marsicano co-wrote found that divestment did not negatively impact endowment value for higher ed institutions. And last year, a report by the financial firm BlackRock, commissioned by the New York City teachers’ pension system, concluded that several strategies would be a “suitable divestment approach” for the fund.

“The energy sector is the only one that faces serious questions about its long-term existence.”

The growing number of financial firms and pension funds that have chosen to divest may also add pressure to colleges. Though higher ed may not see those institutions as peers, the actions of big-name firms and funds may undercut colleges' ability to use fiduciary duty as a reason to continue investing in fossil fuel.

“We’ve now passed an inflection point where the actions taken by some very serious investors show that divestment from fossil fuels is perfectly consistent with meeting divestment targets and fulfilling fiduciary duty,” said Dan Cohn, global energy transition researcher at the Institute for Energy Economics and Financial Analysis, which has advocated for divestment. “The financial logic that underpinned divestment from the get-go has been endorsed to some degree by people who are not driven by a moral concern about climate change.”

Environmental, social and governance investing, which looks at the risks to stocks that are not associated with company balance sheets, has been growing. As it's expanded, advocates have said there is inherent financial risk associated with fossil fuel holdings.

“The energy sector is the only one that faces serious questions about its long-term existence,” said Cohn. “Endowments should be picking long-term winners, and the fossil industry has a negative long-term outlook.”

Finally, there is some evidence that divestment is making it harder for energy companies to finance new fossil fuel projects. That demonstrates that campaigns may be meeting their stated goals despite doubts over the past years about the impact of divestment.

Though institutions selling off their fossil fuel producers' stock does not immediately impact a company’s ability to raise capital, commitments to not participate in new stock sales do. Energy companies have begun to include disclosures in their financial filings about the risks divestment poses to their businesses.

“Private investors like endowments and foundations are structurally gone for good, and it is actually different this time,” said one anonymous energy sector executive in a survey by the Federal Reserve Bank of Dallas. “Pension plans are also hesitant to commit capital despite high prices.”

Some institutions are still choosing to announce divestment decisions this year. Religious colleges might find it easier than other institutions to justify pulling out of fossil fuels, as their unique missions can provide a rationale for dubious constituents, Marsicano said. Indeed, this year Marquette University, a Jesuit institution, announced it would be prohibiting direct investments in fossil fuel for its endowment.

“Our Catholic, Jesuit mission calls on us as an institution to invest in our students’ futures in ways that are positive for our world,” President Michael Lovell said in a March statement. “By prohibiting direct investments in fossil fuels and following best practices in responsible investment, Marquette is heeding Pope Francis’ call to ‘reject a magical conception of the market, which would suggest that problems can be solved simply by an increase in the profits of companies or individuals.’”

The University of Maine System also announced this year that it would be divesting from fossil fuels for all of its managed money. The system had already diminished its investment into fossil fuels to about 2%.

Trish Riley, chair of the system's board of trustees, said that student activism and general climate goals certainly played a role in the decision. But the system's investment committee also embarked on a long-term review to determine whether divestment would be in line with fiduciary duties. The system did a comprehensive review of other institutions' divesting experiences.

"As a public institution, every penny really matters and every decision is public, so we wanted to be absolutely certain that we didn't do anything precipitously that would harm our ability to generate revenue," she said. "We don't have the deep pockets that many private institutions do."

Students were grateful, she added.

“This is an issue of our time,” Riley said. 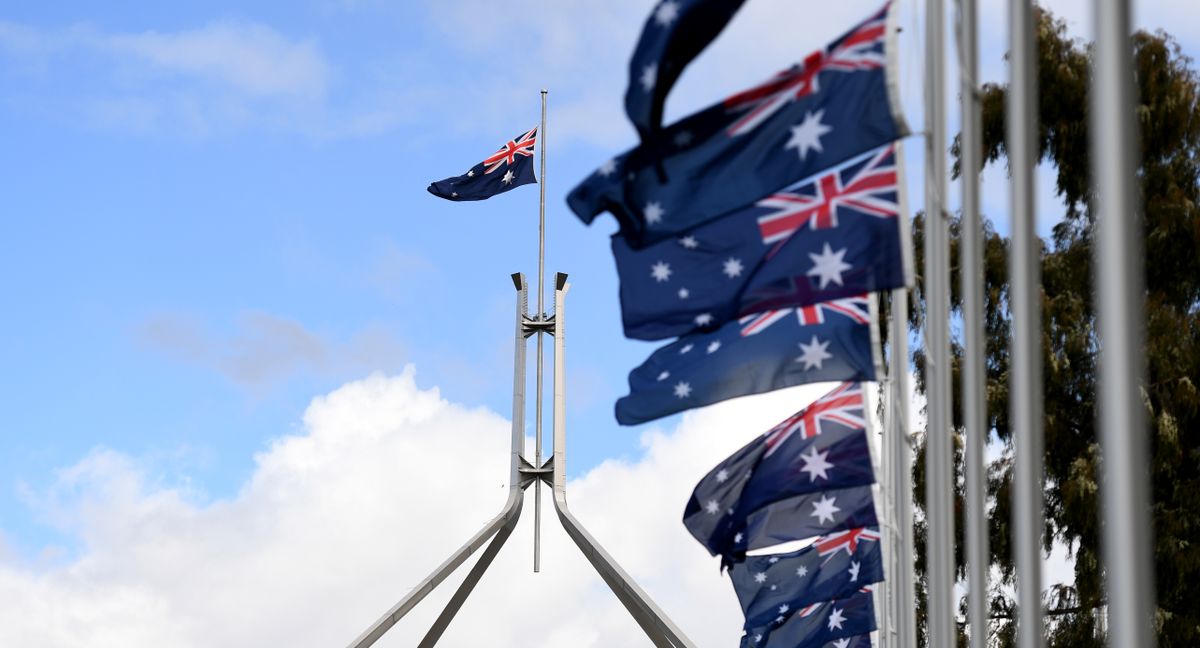 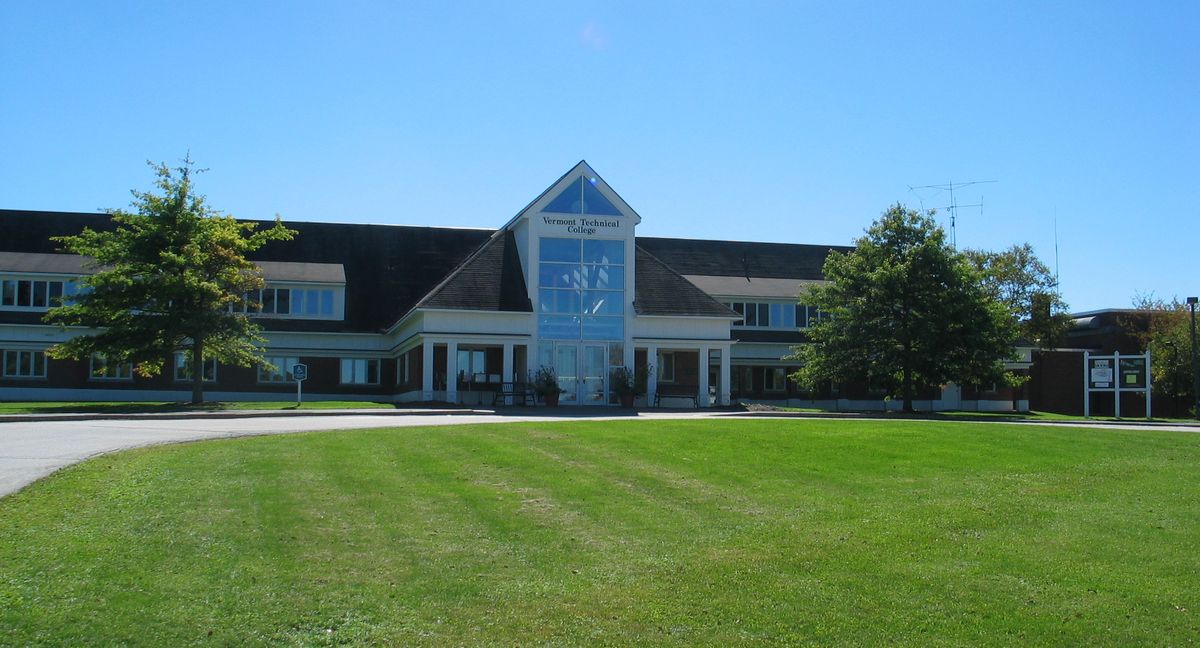 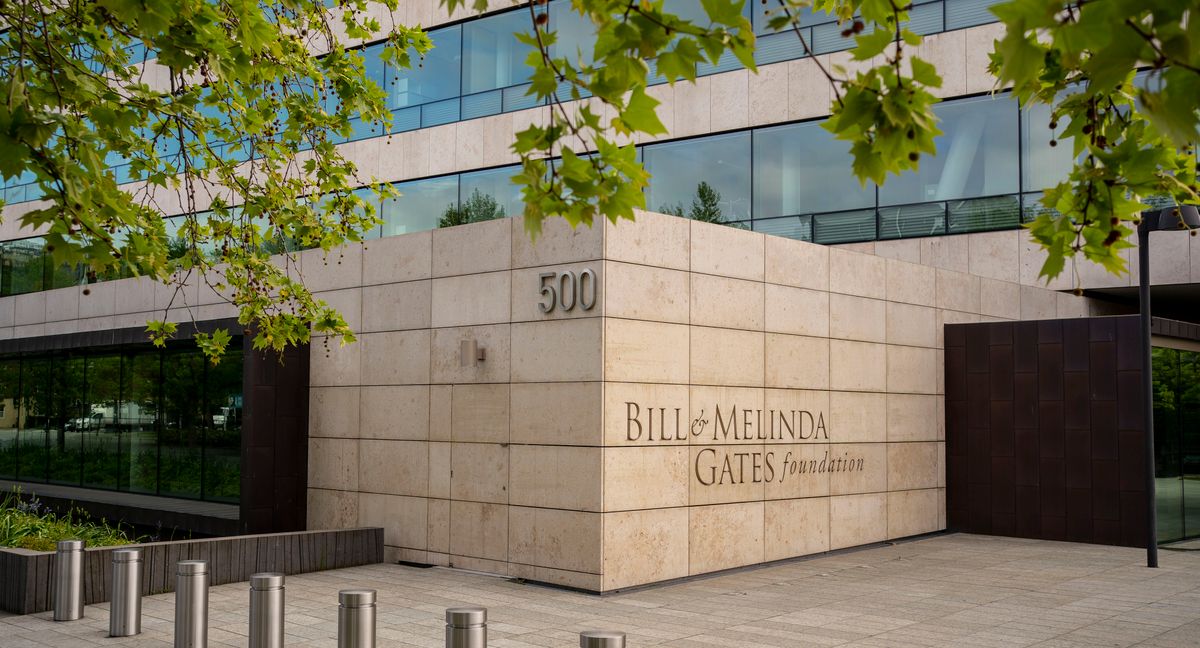 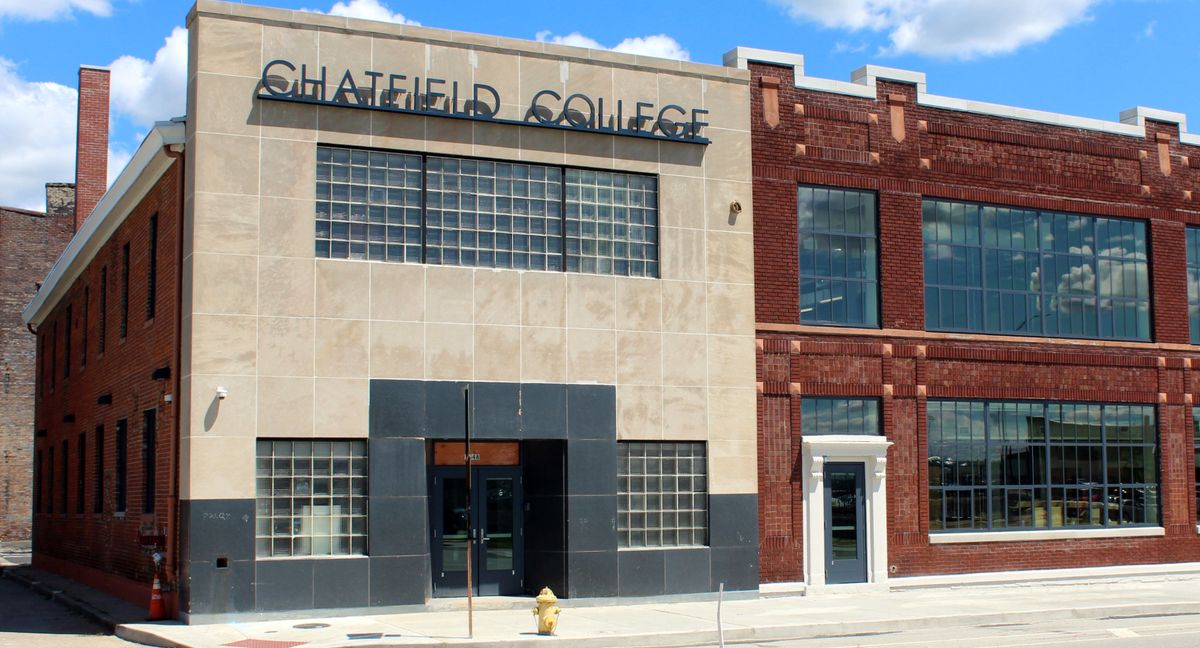 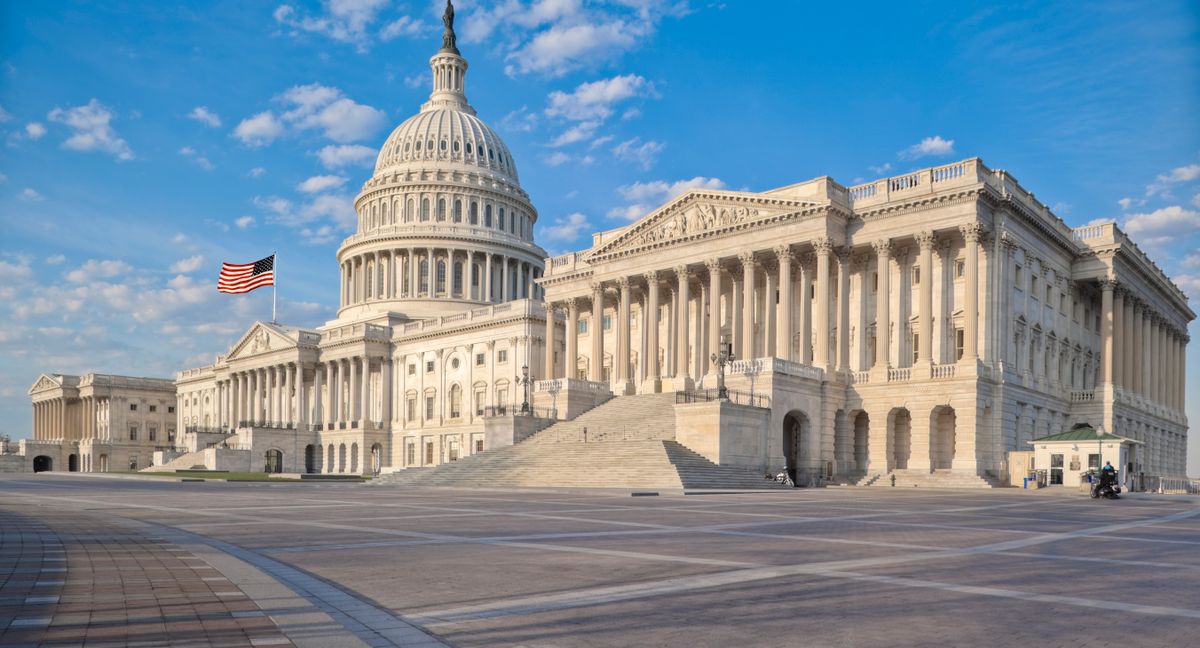 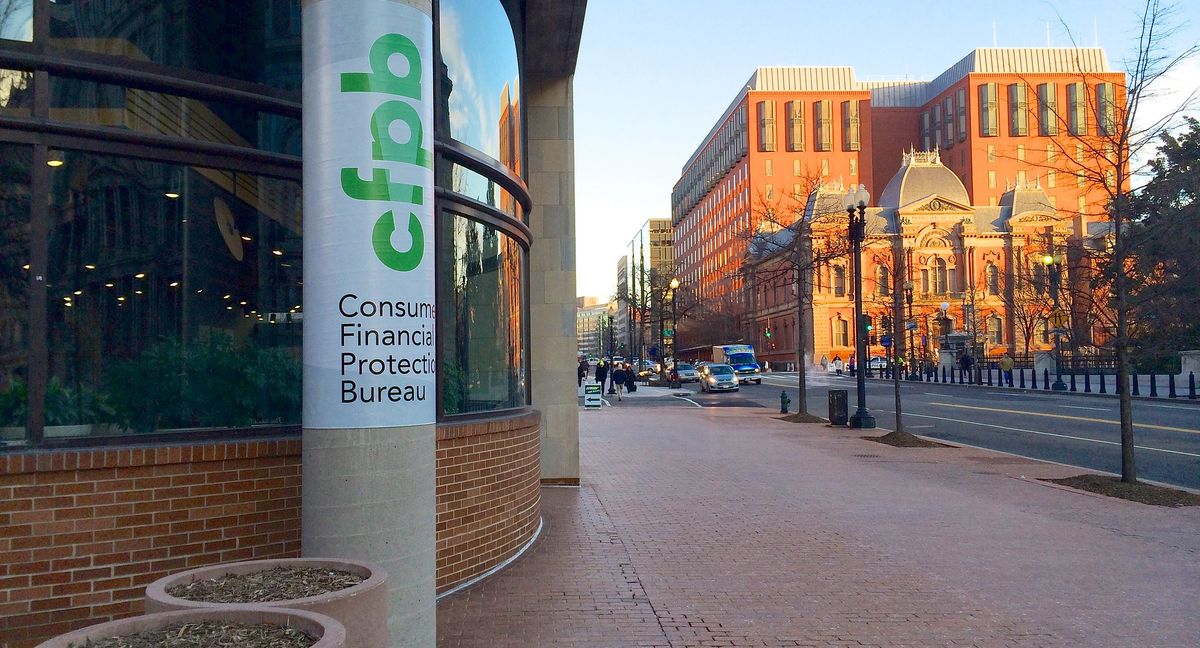